Pro Carton, the European association for carton and cartonboard manufacturers, is calling on members of the public to place their votes and help select the public award winners in the 2022 European Carton Excellence Award (ECEA) and Pro Carton Young Designers Award (PCYDA).

Vote for your favourite packaging concepts

WestRock won the Public Award last year with its Smarties Giant Hexatube. The design is made entirely from cartonboard, replacing the plastic cap and plastic shrink seal in the previous Smarties packaging to save the environment from over 100 tonnes of plastic per year. The pack is one of WestRock’s most technically difficult to produce due to high levels of cutting and creasing accuracy, which ensure the product can be filled consistently at high speed in the factory and its tamper evidence function is not hindered.

The entries selected for public voting this year represent the best of the European folding carton industry. The shortlist comprises 24 solutions that cover a diverse range of applications. The judges were astounded by the quality and functionality of this year’s entries submitted by some of the most recognisable cartonboard mills, converters and designers in the industry. The finalists not only captured the judges’ attention for their innovative approach to packaging design, but their ability to convey the importance of environmentally friendly and sustainable packaging concepts to the consumer.

This year’s PCYDA saw more than 830 entries from over 100 universities and colleges across Europe - breaking the 2021 record. Judges were hugely impressed with the creativity and innovation of the entries, as well as the professional presentation of the videos that were submitted to accompany each design. The best 25 designs are now open for the public to choose their favourite, and can be found on the Pro Carton website here.

Voting for both the European Carton Excellence Awards and Pro Carton Young Designers Award is now open on the Pro Carton website. For both awards, members of the public can vote once per entry, with three votes available in total. Voting closes on Friday, 26 August. The winners will be announced at an Awards Gala on 15 September in Krakow, Poland.

Commenting on the quality of this year’s entries, Winfried Muehling, General Manager of Pro Carton said: “I was truly impressed with the quality of the entries for the European Carton Excellence Award and the Pro Carton Young Designers Award! So many entries scored highly across the awards criteria; from appearance and creativity to protection and authenticity. We’d love the general public to help us decide the winner of the public vote by selecting their favourite and look forward to announcing the winning entrants this September!”

Pro Carton is the European Association of Carton and Cartonboard manufacturers. Its main purpose is to promote the use of cartons and cartonboard as an economically and ecologically balanced packaging medium. www.procarton.com

Cartonboard is a multilayer paper-based material with, usually, three or more layers of fibre derived from wood, or recycled materials such as paper or cartonboard. It is often used in packaging to make cartons for everyday products, such as breakfast cereals, frozen foods, luxury fragrances and pharmaceuticals.

Read 119 times
Tweet
Published in Paper Board & Corrugated
Tagged under

More in this category: « Fully recyclable Rice Box champions sustainability in sector
back to top 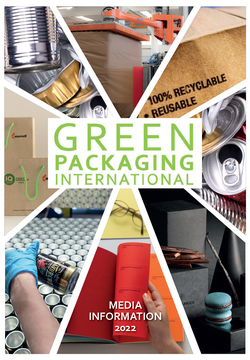